Few drops of the ocean 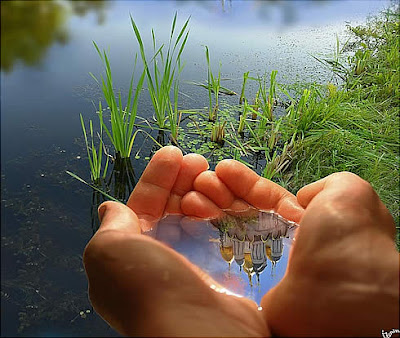 As I believe in Mahatma Gandhi who said “You must not lose faith in humanity. Humanity is an ocean; if a few drops of the ocean are dirty, the ocean does not become dirty.”

When the tamil world was crying for the demise of a 80 years old ‘Paati’ in Vijay tv’s ‘Saravanan-Meenakshi’, I was watching the news of Sri lankan tamils being stripped naked and getting killed in short range by Sri Lankan army. At the same time my friend was busy fishing for his prey in Planet Romeo, the hot guy who pinged him sent pictures of all his body parts, I donno if he excluded his armpits etc. Sorry I couldn’t peek long to give you more details about the body pictures of the hot guy (which obviously you will be interested to know).

Recently some of my friends paid a short visit to Nungambakkam by 11pm. don’t ask me what they were doing at that time. Probably they wanted to measure the length of the high road. But unfortunately Police patrol interrupted them, they mistook my gay friends cruising for transgender. They provided some valuable advice about AIDS, Indian culture etc and then let them go after getting Rs.1000 from them. This reminded me about the Supreme court hearings on section 377 case, the Indian government stated that they don’t want to oppose the High court judgement since it helped them to work on AIDS prevention. Of course the government care about our lives, but they are not going to give a shit about our civil rights. According to them our only civil right is to vote for them once in every 5 years.

There is this pub in Chennai opened recently; we don’t know their real motive to open up such a pub. But I heard it has become a gay heaven lately. There are two types of groups, one the so called heterosexuals who come here expecting some gay friends for a short term relief in the pub rest room and then the stereotypes who become straight acting queens back home wanting to dance to any horrible tunes and get some fresh meat (they don’t believe in types) after the party. Last week there were nearly 3 gay parties in town and my phone kept ringing inviting me for their parties. Frustrated, I told one of the organizers that I am bed sick and I couldn’t get out of the house. The guy asked me to send my boyfriend instead (for him I am just a party ticket, my health is an unnecessary news for him). Honestly I didn’t think that I would become a victim of all this when I introduced the gay party trend in the city 3 years before.

Before I fell sick, I witnessed a gay party. Gay scene in Chennai has changed. But the class difference still prevails. Everybody wanted to showcase glamour, money, costume and whatever they could to attract someone hot. The moment some new hottie arrives in a party, you can watch that fake arrogant faces, attitude behavior from the queens desperate for that fresh meat. Nobody spoke about Supreme court case neither anyone seems to be worried about Srilankan tamils. There is this new guy from Coimbatore who seems to be picking up people randomly; he didn’t even bother to enter the dance floor. All night he stood by the window trying to pick up whoever he could. Thanks to the organizers hospitality who have provided plenty of dark rooms for the participants facility. I felt ashamed of fighting for their civil rights. I tried my level best to find a safe room to sleep myself off, but got disappointed because of the pre-occupancies of the party lovers with their multiple partners of that night.

On the other day some of the activists protested against the Chennai Pride planning meet citing the reasons that transgender community is going through Police harassment and it is not right time for celebration in the city now. As I mentioned I was in sick bed for a week, just to take some rest I went back home, meet my family and have some home made food. I travelled in a local train where a bunch of transgender got in and started their ‘thanda’ (which means asking for money). One transgender grabbed a man’s crotch who refused to give them money impolitely. Another day a bunch transgender had beaten a man who refused to give them money after sex work. As I have been labeled as transphobic, I started seriously thinking about the current scenario. Unless until all these activists work on empowerment, education and employment opportunities to transgender community it would be difficult to eradicate sex work and police harassment. I hope some people stop working on making self glory, cheap media publicity etc and focus on the real issues. There is no point in justifying sex work. The kind of mental and physical stress that these transgender need to go through because of sex work is huge. I don’t know if anyone seems to be care about it.

Just to get some peace of mind, I went through my mails and Facebook profile. There were full of drama queens screams trying to suppress their anger towards their own life, celebrity closeted queens photographs with their fag hags, some teenage queens displaying their face-pictures in various poses awaiting for cute comments from their beloved fans, activists and NGOs trying to pull each others mistakes and making ‘I know it all’ statements. I shut my PC off and also my mind.

We are waiting for Supreme court judgment on section 377. We don’t know how the judgment is going to be and how it is going to reflect or impact in our day to day lives. We don’t know if the new state government rehabitate transgender community rather than treating them as criminals. But before that If we need acceptance in the society we need to start cleansing the community first. Because a 19 year old guy is scared about his sexuality, he is living in fear and we have are plenty of issues to handle.

As Charles Horton said “Our individual lives cannot, generally, be works of art unless the social order is also.”

Written by: Vikki
Posted by Chennai Dost at 9:57 AM