Most beautiful creature in the world?

Who is the most beautiful creature in the world? Men or Women?

Being a Research analyst by profession, I thought of doing some analysis on this and find out the right answer. Being a gay man I must go with the second answer especially after I watched all those sexy male models walking in the ramp at Chennai Dost’s recent V-Day Fashion show. The moment they appeared in the ramp showing their naked chest and abs. Oh my god, the crowd gone mad. The cuts and veins of those erotic male bodies were all over the place. Some of them even have shown the beginning of their pubic hairs. And when they appeared in their bikinis, the bulges were the only object put in front for display. Crowd around me applauded some even blowing whistle with their erections in their jeans. I was beginning to accept Newton’s theory.

Long time back I had a fortunate opportunity to watch some of my volleyball teammates taking bath in nude. There were different types of male bodies were on display to do my studies on human body in that instant on a male body. Slim figure, muscular, gym fit, tall and broad, short and simple to categorize all those bodies, trust me it was the most difficult study in the world, even Uncle Dawson would have struggled. I was having a hard time with my hard-on looking at those beautiful chests, abs, shoulders, butts and forgot to mention the COCKS. My mathematical graduation was helping me to do the measurements. Well, lets just accept the fact that men are the most beautiful creature in the world. If any of you have any doubts on it, just take a trip to a volleyball team’s rest room. 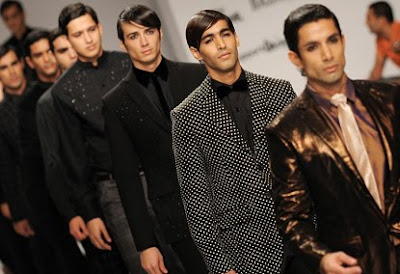 Whenever I browse any magazine or advertisement I was irritated by looking at all those skinny female models showing off their cleavage and stuffs, I used to think why is that always a female being portrayed as beauty but not a male. Even a fewer underwear ads made my mind go crazy. It is a heterosexual world dominated by men. How about a marginalized section like Gay community, even to explore their sexuality they had to depend upon their cousins or close friends. Coming back to the point, I think COCKS deserved more compliment than boobs which does nothing than simulating in sex.

Recently I was watching one of my friend’s Fashion show in Double Inn. Before the actual collection began there were few female models wearing their mini skirts walking in the ramp and then followed by the male models with the men collections, I was actually started thinking may be women are the most beautiful creature as some of our contemporary poets says. There was no one than Da Vinci who portrayed a human male body than any other, but even he was tattooed as Gay by the heterosexual world. There is no wonder it was one sided when treating women as the beautiful creature.

In any other creature in the world like a peocock, deer, lion, cock when it is always a male has been considered as beautiful, how come in a human world a female can be considered as beautiful? If there could be a debate on the same subject I would like to give a judgement on saying that naturally men are beautiful but women are the most groomed and hence beautiful creature in the world. But if i say this I know people will put forth my gay identity in front and forget about my analysis skills.

While I was thinking about this topic, I was watching him lying in the bed next to me, I could hear his long breath, his dark eyelids and red lips were closed, there were few hairs falling over his face trying to hide his beauty, he was keeping his head on the pillows lightly as if it will get hurt. He kept his left hand on his cheek to give himself some support, he was sleeping only with his shorts on and I could see his smooth chest moving up and down for breath. Fuck all those studies and analysis; my boyfriend is the most beautiful creature in the world. Of course beauty lies beneath the eyes of the beholder.


Written by: Vikki
Posted by Chennai Dost at 5:31 AM