Chennai Rainbow Pride 2011 - A documentary by 2b productions

Check out this link for the documentary and post your comments

http://www.youtube.com/watch?v=4u0zljdbYiI
Posted by Chennai Dost at 9:08 AM No comments:

Chennai Dost is planning to make 5 short movies based on Gay and bisexual issues. We are looking for scripts, actors, directors and volunteers. The best script will win a cash prize. If you are interested please mail your script and contact number to chennaidostt@gmail.com or contact our PR - 95516 30213 for details.
Posted by Chennai Dost at 8:25 AM 6 comments:

GO BACK TO SCHOOL MR.AZAD 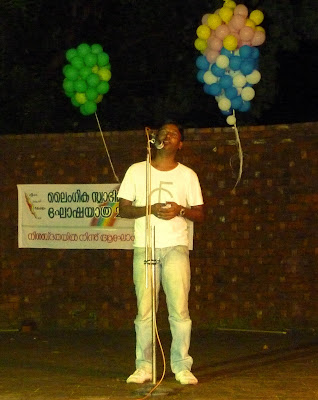 THE NEW DIRECTOR OF CHENNAI DOST 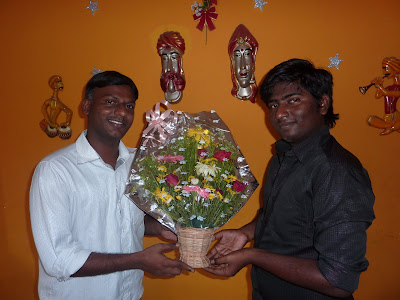 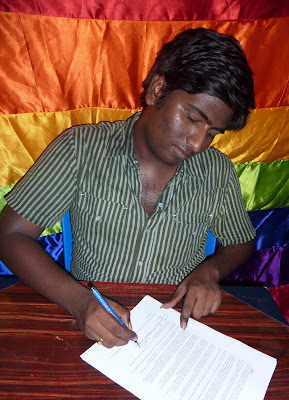 Chennai Dost which was initiated by a bunch of people, now has followers in hundreds and hundreds after three years of functioning. I, the Founder of Chennai Dost, thank each and everyone for your support and participation because of which Chennai Dost is what it is.

I felt immense pleasure in directing and organizing the people and their ideas in Chennai Dost. To get in fresh ideas and to work as every other member in Chennai Dost, I have nominated a new director and he was elected unanimously by majority votes of the council members. According, Dev (M.Tech...) could serve as the new director of Chennai Dost. I hope he will fulfil the vision and the mission of Chennai Dost. And also i hope you will support the way you supported and nurtured Chennai Dost so far. 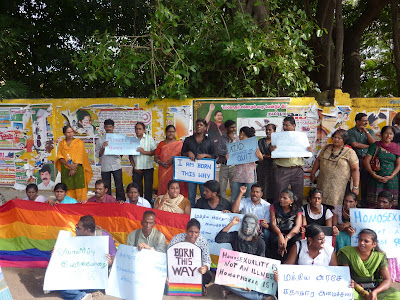 Being in such a dignified post you are bound to be knowledgeable and should be well aware of current issues in regards with the LGBT community.

Being a citizen of a democratic country , you do have the right to freedom of speech & expression, but what you are not supposed to do is - to mislead - to educate your personal opinion & principles which are meaningless and far from the actual facts - to turn the society into a bunch of homophobic clowns, which the majority already are.

Are you " Mother Nature" herself, to term what is natural and what is not? who gave you the rights to openly comment on a community about which you know the least , if not , nothing. Homosexuality is as natural as anything under the sun. It is a form of sexual behavior. When you can accept friendship between two men as natural , why not the sex???? basically it means you are against sex . If so, honorable minister, you are not a normal human.

If it is a disease , then why did WHO ( World Health Organisation)removed Homosexuality from the list of Diseases as early as in 1990? Which century you live in ? are you even aware that we are not in 1990 s? do you think you are good enough in science than people at WHO? If so , you should resign the Health Minister post and start an International Health Organistaion ,which would in no way relate to you , just like the post you have at present.

By placing you as a Health Minister , Government of India wants you to make sure the plans and ideas made ( in accordance with Doctors, Scientists and Psychiatrists ) to reach each & every citizen .Not to make your baseless comments against what have been told by prominent doctors and psychiatrists. According to the report sent by the commity of doctors to Delhi High Court , it has been clearly stated that " Homosexuality is not a Disease". Being so, how can you openly comment saying its a disease ? how can you misguide people?

If Homosexuality in India is an foreign import , do you think even cats and dogs learnt the same way ? well, with the knowledge what you have got, you may answer “ yes” for even that. but let me explain . Homosexuality is found in over 450 species. when humans evolved , they mated everything they see with animal lust. women seemed more compactable for sex and hence the majority preferred it. when civilization started, it was widely followed which doesnt make the minority any less. Khajuraho sculptures in India and kamasutra ( From India) have depicted Homosexuality which means that it has prevailed in Indian society from the very beginning.

India being a democratic country should treat all people as equals and should protect their rights. calling an entire community as diseased and unnatural , you are discriminating a part of the society , by which you are going against the principles and the very foundation of the country.

It puts the entire country in bad light , when a minister happen to be so lame , unaware and less educated on current issues around the world. your words also include " It is hard to track who is doing it and where". when people like you constantly criticize our lifestyle , we have got no other option other than to remain invisible. when the law and society ( misguided by people like you) are against us , we are forced to live and love in the dark.

Not even 1 % of the actual community members have stepped out of the closet and we, Chennai Dost , have been working hard for almost three years to bring people out , into the light. but comments of people like you, who are supposed to be direct people in right path , end up doing things the other way around , would stop Homosexuals to come out . And would even make some to step back into the closet making our mission go in vain. If you cant understand the basic human rights , you are not fit to be a minister and to have a name as " AZAD" which means “FREEDOM”.

Thanks
Dev
Chennai Dost
Posted by Chennai Dost at 7:57 AM 3 comments: