Longtime back when i was travelling in Coramandel Express with RAC, there was this young pilot trainee probably 20 years old (Vinay) was sitting opposite to me, guess i was 18 years old then. Gawd, 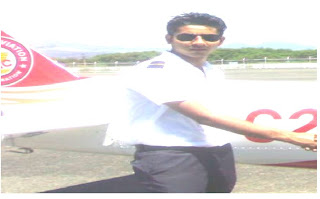 he was so cute. We became friends in a short while and he was reading Nancy Friday's "Men in Love". I was a big fan of Sydney Sheldon and Harold Robbins but i never heard of Nancy Friday before, so i asked him about the book. He told me a lot about the book and said i must read it. Later on he gave me the book. To be honest it was one of the turning point of my Gay life. Before reading the book i was confused and ashamed of my sexuality, but it gave me lot of hope and encouragement. 'Straight guy, gay fantasies' is one of the topic of the book. I thought of stealing the topic for our blog and write it in my own way (read below the anti-climax of Coramandal Express and get a hard-on...lol).

As i said earlier i was busy last few weeks, but i didnt tell you what occupied me all these days. Well, one of my best friend was acting strange in the past few weeks, he is a pure straight guy, never even let me touch his hand and always flirting with girls. But after i told him that im gay, he suddenly turned out to be bi-curious and asking me lot of questions about gay. Ofcourse he is one of the hottest guy in town, its hard to ignore all these signs. Let me tell you why i think he has become bi-curious lately 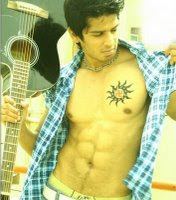 1. He started texting me saying 'he is so sexy and hard to resist'

3. Started staring at hot guys and telling me there is nothing wrong in looking at guys.

4. Asking me questions about Top and bottom

5. Asking me what is my role in bed and curious to know about my gaysex experience

6. Everytime he calls me he is making enquiry about the guys im dating

7. He started asking me about every hot guy who is passing by us in the beach is a gay

8. He started calling me thrice everyday, started talking about gay things all the time

9. Once in an hour he will ask questions like "how can two guys have sex"

10. He is asking me if a gay guy will think he is hot or not

Though plenty of times i told him that being gay is not an easy life, but he thinks its cool and easy way to have sex in India. Last year he broke up with his girlfriend and it took a great effort for me to bring him back to normal.

These days i can see lot of gay tendencies among Straight guys, physical intimacy among guys have become more closer and open. Even a damn straight guy doesnt mind to je 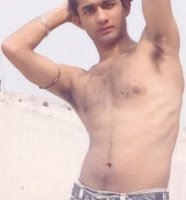 rk off with another guy. I have read gay population in India is 2.9% , bisexuals are 6.2% and bi-curious are 17%. Almost 62% of guys between 18-33 have had oneway or other sexual experience with another guy. This means almost there is one gay guy out of every 30 guys, this is really astonishing and good news for gays in India. Im not sure if this will anything to do with the population growth. Guys who are between 35- 55 are just 9% have gay tendencies. This showcase someone who is not a born gay will loose his interest in gay things at later ages.

Can you believe that the expected gay population in India is 50 million. Mumbai alone has 15 million gays
http://news.bbc.co.uk/2/hi/south_asia/3001126.stm

Onething im sure about is that it is not too difficult to have sex with a straight guy. I prefer having sex with straight guys rather than gay guys, it is like a thriller doing things without knowing about 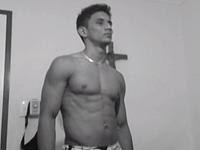 I never really believed in Survey reports, though im an analyst survey reports some time sounds so fake. So i have decided to do a small analysis on my own. You guys know that i did my studies in Bangalore, in PUC (11th standard) i had mutual oral sex with atleast 4 guys out of 27, masturbated with 4 more guys. In college out of 33 guys there were 3 gays including me, but i never had sex with them, i had oral sex with 2 straight guys in the same class and masturbated with atleast 3. There are atleast 72 guys in my higher studies institute and 5 guys told me that they are gays, i had group masturbation with 7 straight guys in the hostel 2 of them infact touched my torso and jerked me off, one guy kissed my lips...oops, the world is full of gay. I spoke one gay friend i know who is from a small town next to Trichy he came across 60% of what i had in Bangalore.

Almost all of my straight friends including my school, college, office, neighbourhood and cousins etc, everyone of them come across atleast one gay sexual encounter either in the bus or theatre or hostel. From 2000 the scenario has changed in India, dominated by male fans in India today only a good looking actor can survive in the film industry like John Abraham, Hrithik Roshan, Surya, Mahesh babu etc. Dhoni considered as the hottest cricketer among cricket fans. Dont ask me why, its a gay world out here.

So many guys from g4m asked me how am i managed to have sex with so many straight guys. For those here are some tips

. Never tell him you are gay, unless untill he became your close friend.

3. Be energetic, dont sound sober to him

4. Talk about girls, share your hetrosexual experience with him

5. Once in a while talk about gay stuffs, dont sound like you hate gays

6. Make sure he knows that you will do ANYTHING for him

8. Introduce some of your gay friends to him who looks so manly and tell him that they are gays

10. Always sound so youthful, energetic and sportive, just make sure that he knows you are hot

11. Sound pretty cool about some of your gay experiences and tell him it happened accidently

12. If all these ideas didnt work, just have drinks with him there is no straight guy in the world will say "No" for sex after 4 pegs.

Unlike Western countries the perception and opinion about gays are totally different in India. Most of the hetrosexual people believes that gays are shemales. Gays are considered as hijras, ali etc. If a manly looking guy comes and tell you that he is gay nobody going to believe it in India. Gay stereotype movies like Dostana and Fashion have added more fuel to this. Though everybody feels sorry for Transgenders in India nobody likes to be friend with them, if any such tranny approach them straight guys take it as a personal insult to their manliness.

How to find out whether a guy is physically interested in you or not?

Well, this has been one of the most frequent and popular question in gay community. Certainly a conserative country like India its pretty difficult to find guys. Though there are some online community most of the gays turned out to be sissies or so bottom. After all we are normal guys who just want to have sex with someone who looks like guy next door. I happened to meet many guys in public places who are interested in me. Here are some of my techniques to approach these type of bi-curious, bisexual, straight acting gays in public.Obviously if someone interested they will stare at you, give glances when you are not watching him. If you got his phone number just text him and tell him about your likes, dont be scared. You are not a criminal.

1. Approach the guy when he is alone and start asking him like time or questions like "Did i know you before", if the guy says "i thought the same" you have got all the signals in the world, just introduce yourself to him and exchange your numbers. Text him later saying "i like you"

2. Most of the times, the guy will say "i dont know you" . If that is the case, give him a laugh, shake your shoulders and just introduce yourself. And talk to him few minutes, its upto your talent and communication level to get his numbers. Trust me i tried this way several times, most of the time i ended up victorious.

I just thought of writing this article to give some confidence to some of my friends who thinks they are living in an alien planet called India. If a Slumdog can win Oscars even a damn straight guy would not mind having sex with another guy...End of the story

Note: If you feel your straight friend is so hot to resist and if you are so scared to try, just remember this article. You can contact me for guidance.

Coming up next: Gay celebrities in India