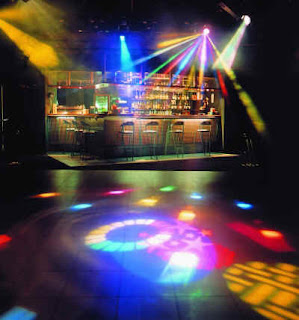 Last night I was so weary, jaded and lonely. I was desperately needed a smash and stimulant so I dropped myself at Bike N Barrel to have some beer, listen to few numbers and watch good looking men. Thursday night always going to be less crowded and numbers from Bollywood movies. I gave an order for a beer to the sexy bartender out there and started to glance around.

There were different types of men, all good-looking faces, grimed with ecstasy created by the mood and music. Men with bellies over 40’s, newly wed men with their tired face and body after prolonging sex with their wife, late 20’s and early 30’s with their executive faces trying to find their feet among the crowd and then several young studs with lot of sexual energy and sexy smile. They were all their. I was sitting in a corner table trying to find my type and figure out if their any gays. But is there any way to find gays in public places or pubs like this? This must be a million dollar question in the Gay community today.

Wherever I go it has become my lucky destiny that I find someone my type, someone who is interested in me, someone who will give me that wanting smile, but today I was so worn-out to put an extra effort to even take a second look. There were so many cute faces, perfect bodies and sweet smiles. But is there anyone who is going to come to my table and ask me for a dance?

Fortunately or unfortunately I had gay encounters in strange places like traveling in a train or dancing in discotheques or shopping in a mall. There were always someone who will come and talk to me, ask my contact number etc. Sometimes I even wondered if my looks are so gay and obvious. I know that I am not effeminate to give an obvious look and impression in public, but probably the way I look at them or my smile might lure them and give all the right signals, I really wondered.

Back to Bikes, the music was so loud and the mood was swinging from back to forth. I saw him and his bulge in his arms. The gym toned guy might have been a kannadiga or telugu in his late 20’s was wearing tight shirts, tight jeans, it was tight all over. He was with his friend and I caught him staring at me once in a while. And then there was this twink in his early 20’s must be a mallu with a curly hair, causal shirt and low waist jeans. The curly hair twink had beers over his limit, trying to balance his feet. I saw him kissing his friend’s neck twice while dancing. He had lost his conscious then. There were two flabby guys wearing low waist dancing heavily in the floor and seems might loose their jeans anytime An European wearing a specs with a geek look reading some book and having his drink in a corner. Then there was this dark tall guy who has all the qualification to walk in the ramp with a sexy smile and flashing teeth sitting alone drinking. He was looking at his mobile phone, trying to find someone in his contact list to talk to; he must be really bored and lonely then.
Several men, different faces, and so many styles somewhere in the middle I lost my count. Then came the number from Kaminey, my feet was moving I went straight to the dark guy’s table. He noticed me and gave me a warm smile. I asked him “Wanna dance dude?” He didn’t reply, just stood up and grabbed my arm. We danced, danced, danced till DJ tired of playing another music. I could smell the perfume the dark guy was wearing. His arms around my shoulders and then my hips, breathing down my neck I can feel the warmth of his body more closely. I was not alone then, I was among the crowd dancing with a sexy stud, and the beer gave me energy to dance more, sing loud. I still had no idea How to find a gay guy in a crowd.
Written by: Vikki
Posted by Chennai Dost at 5:52 AM