Building a museum at home 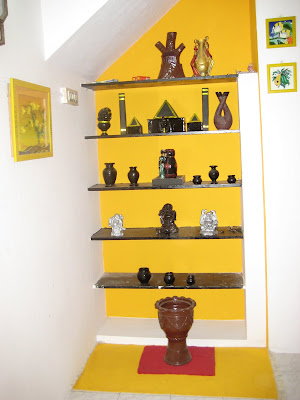 It has been few months now I moved in with him. First few weeks we spent on decorating our house and redecorating it. He is an irresistible guy when it comes to maintaining the house, on the other hand I am just opposite to him.

He wanted to spend the money on painting the house, buying things for interior designing like photo frames etc. I become tired very quickly of his relentless ideas and purchasing. My wallet was draining out pretty quickly.

He bought paintings which doesn’t hold any background, purchased claypots and lights for no reason. Every night I will come home with a thrilling heart waiting for another bill or a new designing plan from my boyfriend.

Suddenly he got interests in Egyptian history, he bought pyramids and mummies. He bought spiders and spiderman (that spiderman wearing a sexy red underwear looks like a perfect gay to me). I started wondering when he wil become tired of all these things and put an end to it. Well, he was unstoppable.

Within few weeks our house looked like a Victorian era museum with a bedroom and a kitchen in it. Everytime I entered the house I felt like a buying an entry ticket for my entrance.

On a Friday night I came home from the office pretty early to watch my favourite movie in HBO. When I went in he was busy working in the kitchen. He asked me to stay in the bedroom and he will be back in few minutes. When I entered the bedroom it was totally decorated with silver draping, red curtains, candle lightings and arranged dinner set. A beautiful arranged dinner on a Friday night is an alarming signal for a Saturday shopping which is obviously going to burn your wallet. I was getting ready for an argument and put an end to his museum building project. Probably he wanted to buy a large size crocodile he has seen in Fab india or lifestyle today. I need to put an end to this letting him buy another dead thing and let the house run like a real home not a museum. 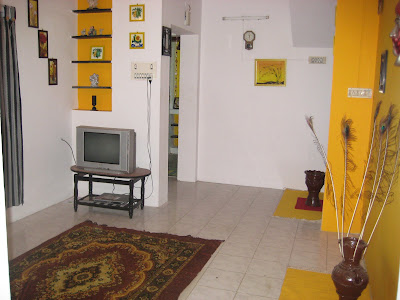 He came in and served me dinner. Unlike most of the teenagers he is a good cook and learnt several Andra recipes from his mom. Ofcourse just like his beautiful smile, his cooking is an exceptional too. It was delicious as usual especially his prawn masala.

Minutes went by and ofcourse the food. I was staring at him waiting for him to start discussing about his new design plan or purchasing idea as he call it. His eyes were glittering with peace. He uttered that sexy smile which was very similar to the one when I fallen in love with him madly in our third meet at Besy. Another danger sign. He started eating again, still no sign of him asking me anything.

I became impatient of this naïve game, then I asked him “So darling, tell me what do you want? Have you seen anything in lifestyle for the house?”

He looked at me puzzled “ What do I want, darling?” .
Trust me it was so innocent.
By that question I was even more confused “Special dinner, candle lightings. I know you very well, I thought you are going to ask me something” 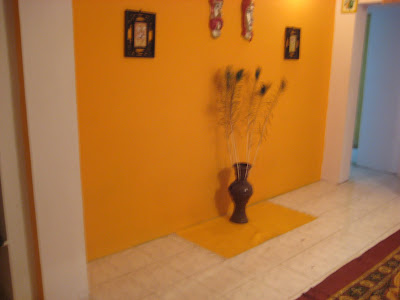 He shaked his head with the same teenage innocent look and said “No darling, I am not going to ask you anything anymore”

Sometimes you cant believe your ears, you feel like going for an ENT. Especially love, it drives you so crazy you have no idea where you have been kidnapped.

Still couldn’t believe his universal changing decision , I asked him with a low tone “Are you sure honey, when did you take this decision, I am just curious”

His grin widened now and said “This evening as usual I was re-arranging things in our living room alone and then I realized that no matter how many beautiful things I buy or how hard I try to decorate this house. Without you, there is nothing complete in this house, nothing looked beautiful to me. So I have decided not to buy anything anymore when I have the most beautiful thing living in the house”.

Well, this time I really didn’t want to go to an ENT, I need a brain therapy or treatment from places like Yervadi. Love is such a beautiful thing it gives you unexpected like a coma. You never know when the next attack would be. Once you are fallen in love you are fallen forever, down the hill like Jack all the time.

He has been always a surprising factor to me. No matter if he wanted to buy a dead crocodile or a mummy which scares the neighbourhood kids, I will buy it for him for his love even it costs me an entire year of salary I wouldn’t mind. I kissed him gently without waiting.

P.S: Later that night after a hot sex in bed, he slowly told me that he liked to buy a Japanese model dressing table that he had seen in Fab India this evening.

Written by: Vikki
Posted by Chennai Dost at 6:00 AM