I am a bisexual 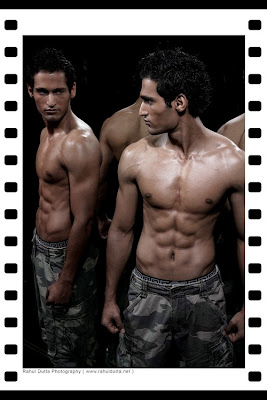 Males do not represent two discrete populations, heterosexual and homosexual. The world is not to be divided into sheep and goats. It is a fundamental of taxonomy that nature rarely deals with discrete categories... The living world is a continuum in each and every one of its aspects.
To all the so called damn straight men in Chennai, Trust me this is not my quote. The above statement is quoted from the most controversial Kinsey Report. Apart from this boomerang Kinsey also stated that sexuality of men has to be categorized not just into two but by six.
The scale is as follows:

There are few more recent terminologies like bi-curious etc. Thank god, Kinsey never born in Chennai neither visited here or else he might have come up with a terminology after interviewed all these gays in Chennai and scaled them as Gay boy in denial or Pussy boy who identify himself as bisexual or I am straight but I do like to suck a cock and so on…

There has never been in the history of the world since from Adam the naked guy, a terminology has been totally misunderstood or misinterpreted or misused as it has been for ‘Bisexual’, it is such a fearful terminology which can be used for the convenience or comfort ability in regards to sex. Bisexuality is defined by a human who is attracted to both men and women. But it never meant like I am having sex with the same sex because I don’t have the guts to find an opposite sex. Or it never meant I just need a hole I don’t mind whether it is a boy or a girl. For Kinsley’s sake somebody need to teach all those so called bisexuals in Chennai.

To be more precise “a bisexual or bi person is capable of sexual attraction for, sexual activity with, and/or falling in love with people of either gender.

So far there are no studies which say that a human can fall in love with a man and a woman at the same. Well, I am not sure if this is possible. May be if there any then the definition of Love should be checked. Or may be if you can eat and shit at the same time it is possible. Ok, now don’t sue me I am not totally against Bisexuals, I am just against the definition which has been misinterpreted by few. Surprisingly bisexual terminology has been used to get your cock sucked because you like girls.

Few years back I met a cute guy in a train back from Bangalore. He was staring at me non-stop and he gave me that inviting look. He went to the restroom and obediently I followed him. I just thought of having a conversation with him before we do something. He told me that he is a bisexual and he liked to get his cock sucked. When I asked him if he ever had sex with women, he said ‘No’. When I asked him if he ever got an erection by getting attracted of women, again he said ‘No’. Under what analysis he consider himself as bisexual is not known either, but he was in a confused state at his teen age, understandably he called himself as bisexual. I guess there must be a column as Unsure in the sexuality column of every social networking site.

Ofcourse everyone has a freedom to express their feelings; everyone has the right to choose his sexuality. But did sexuality really been chosen by us? Is it like a sudan name where you can brand yourself and advertise in yahoo chat to get your cock sucked? May be Kinsey must answer to these questions.

A buy-sexual is not a bisexual; so you can be assured it is not just a misspelling by a hood rat raping the English language. A buy-sexual is a person who buys sex!
People, who buy sex, refer to themselves as buysexual and are usually some of the lowest common denominators of society. They are sexually depraved people who can't get a real partner, usually due to lack of self esteem, depression, or they are just plain fucking ugly. So they pay people for sexual intercourse.

Such people that fall into the buy-sexual category are;