What the Stars say for you - Gay Horoscope 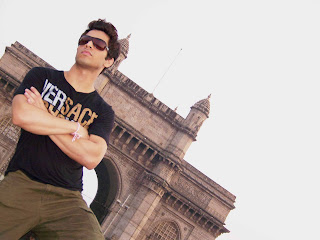 Well I like many others do believe in horoscopes. It is said to be a super maths where one (an expert) can calculate the position of the "stars" time of birth etc and predict our character and future. Good, it is interesting. But does all the experts are able to predict correctly the future of all their 'clients'. I doubt. I have visited many astrologers and men with super powers. To be frank I was always tense when I meet them--WHAT IF they found out I am 'gay' and revealed my most guarded secret to the world?

Thank God no one has ever been able to do it (I even wondered whether they knew if such persons existed.) I am happy about this ignorance.

When they could predict very many things like love marriage, arranged marriage, birth of children, separation, extra marital affair, divorce second marriage etc etc why not the fact of being gay?

It was really a puzzle. We find that the gay life was in existence even in olden days. Then may be the ancestors thought not to make a big issue of it?? May be or thought it as a passing phase in life not to mention or cover it up?? Well one really does not know. 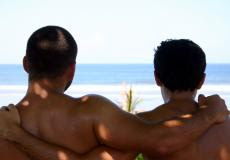 Regarding the question why the predictions or prophesies of even the greatest astrologers does not prove correct in all cases, there is a story line to it. Once Sage Viswamithrar came up with greatest finding of a formula by which one could predict (if he masters the formula) each and every minute of a human life. He reported it to Lord Shiva who tested him and he was able to tell Shiva what exactly Sakthi was doing that particular minute. Lord Shiva was thrilled to find that his devotee has made such a discovery. So both went to Lordess Sakthi and proved the formula. Mrs. Shakthi was displeased rather than being happy. She immediately cursed that the formula will never be able to work correctly. Flabbergasted at this Lord Shiva and Sage Visvamithrar asked for the reason. The Mrs. Lordess Shakthi said smilingly that "men dont think on sensitive and explained that it could lead to disaster on privacy and every private moment could be predicted and 'seen' clearly and would be a shame if every thing could be predicted. Secrets have to be secrets in some cases.

Both agreed but still thought that the formula of prediction is too good to lose. So they pleaded for modification of the curse. Hence Lordess Shakthi took pity and said no one can predict the exact minute details of privacy and no one will be able to predict 100% perfectly in all cases. Hence no one is able to predict everything correctly. I think that is why Gays were protected by the gods. (?)

Maybe now the Gay issue is given so much publicity that the astrologers of tomorrow will give it as a reason to answer queries on delayed marriage or refusing to marry. And who knows they might even offer special poojas to "cure” the person. Whether it will help to solve the problem of gay guys in the closet or not is a question each will have to decide.

This month Gay Horoscope, the lighter side of what the stars say for you. 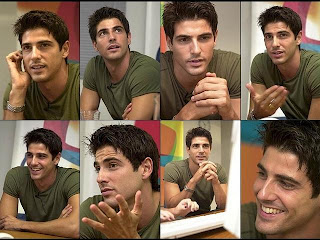 ARIES March 21 - April 19
It goes from bad to worse to terrible this month. How bad does it get? When was the last time you were tempted to phone your ex and suggest maybe it might be a good idea to get back together again? Yeah, that bad. So there's really only one solution, if your month is going to be that bad, then make it really ba-a-a-ad, dude. I mean, like down, dirty, filthy, ugly, ghastly, horrible ba-a-a-ad. If it's just going to be karma (and trust me, this month is karma in spades), then figure out a way to enjoy the lust. Like some sins is just too much fun not to enjoy. And if you're going to have to pay for it anyway, then at least pay with a stupid smile on your face for something you really enjoyed that turned your crank big time.

TAURUS April 20 - May 20
Beware getting distracted by friends with a huge bulge in their pants. It's padding. This is your month to be deceived by those with hot crotches and twisted agendas, although you might not see the difference given the energy the stars bring to your life. If it's not the words, then it's the seductive look, and if it's not the seductive look, then it's the promises, and if it's not the promises, it's the husky voice, and if it's not the husky voice, it's the body. Sound like you last love affair? Yup, only worse. This time you might actually believe it all. Dangerous, dangerous. Beware commitments made in the peak of orgasm. You will live to regret them, the commitments that is. Other than that, not a half bad month for making money. Go figure.

GEMINI May 21 - June 20
You are about to get snookered, and we are going to love watching the show. Now let's set the stage. You've spent how many years now flitting about like a butterfly from one bedroom to the next, never getting to the point of anything except the release in your groin, and often enough that was an afterthought. Hope you enjoyed it while it lasted, duckie, 'cause the Universe is going to get its revenge on you. You are so ripe to meet what you think is just another silly trick to cast aside, when WHAM! You fall head over heels in love having finally met someone who takes you to the core of your very soul and bounces you off the wall to boot. And you never saw it Cumming. All the smart money is betting on this one. (BTW, it won't last.)

CANCER June 21 - July 22
Crawl out of your bloody little hole for once. Look, if the boss says you gotta travel this month, well so what if it's an existential crisis because you have to leave home for three days? I mean, you can hire a cat-sitter for Christ sakes. And for once stop whining. Do you have any idea what action awaits you in some foreign land while officially you're out of town "at work"? Look even the expense account is covering this one. Ahem............only a damn fool would say no to this opportunity. Get your passport updated, Dorfus. Do you have any idea how many drop-dead gorgeous people stand in line with a passport application they can't figure out? Now wouldn't it be just right if you helped them a little bit?

VIRGO August 23 - Sept. 22
As if you need any new reasons to rip yourself apart on the insides, but just in case you're starting to run low on neurosis (which I doubt, but then life is full of surprises which is what drives a Virgo bats), here's one to rip your pants off. The stars say the only way your horny home life can be satisfied is by traveling to a foreign land which you, temporarily at least, call home. A bit of a contradiction. The only really successful resolution is to find a foreigner to massage your home parts, which are fine until you fall in love, and then tune in for next month when you wake up and realize you've totally forgotten about Sainthood. The Virgo Committee will not be amused.

LIBRA Sept. 23 - Oct. 22
Any excuse for a party. November is good enough. Maybe you can dream up a couple of other shallow justifications, but November will do. But this party has to be a bit different. It's a foreign party. No locals. The guest list must all be from some exotic land, and we would hope everyone speaks with a suave, charming, but difficult-to-identify accent. Toss out your tacky Barbara Streisand CDs, dear, and get something exotic, like the chanting Llamas from the Peruvian uplands. Cater some truly arcane cuisine, like Mongolian midnight water mangos. Light up some African fertility candles, and then Viola! It finally happens. You finally have your chance to score the humpy little Italian who just moved in down the hall last month.

SCORPIO Oct. 23 - Nov. 21
Pardon me if I yawn, but is there ever a month in your life which is not Sex Month? It's not that I'm bored (although I think I've seen this show before), or ungrateful (how can I not say thank you for more salacious gossip than one could ever find on a soap opera?), but could we just try something perhaps, just a little more original? I mean plunging into soul-searing sex with a dark, mysterious stranger who seems to have the aura of the Secret Celestial Beings of the Seventh Order of the High Secret Brotherhood of The Chosen Ascended Masters, is like so been-there-done-that. I mean, like could you just send me the T-shirt instead? Or maybe a postcard? Even a laundry list might be a nice change of pace.

SAGITTARIUS Nov. 22 - Dec. 21
Your lover has never told you the truth, never will, and never could if so motivated, which your lover definitely is not. And everything, I do mean everything, is your lover's fault, without exception. Fine. Now that we've covered the basics, grab said lover and proceed to the bedroom. Leave the quarrel and the door. Turn off the lights, light up some incense........(Geeze, this is starting to sound like one of those horrible relationship manuals we all barf at when we channel surf into it, but then even Sagittarians need reminding about priorities.)..........seduce the stinking little blighter! Who the hell gives a damn about lyin' cheatin’
‘words when you've got the hottest little number this side of heaven to f**k?

AQUARIUS Jan. 20 - Feb. 18
Be careful what you wish for, dear Aquarius, because you just might get it. Haven't you always wished for the perfect friend, who just turns out to be the perfect lover, soul mate, and life companion, but really just the finest friend one could ever have? Uh-huh. You wouldn't be an Aquarian if you were not hard-wired with that fantasy. Well, here's your month. Go for it...................ah; you're waiting for the catch. You're right. Just what would you do if you actually found such a person? Would you be prepared to stop playing your games, get real, and settle down to a reasonable little life behind a white picket fence in some god-forsaken suburb filled with breeders and born-agains? Be careful what you wish for, my friend.

PISCES Feb 19 - March 20
I was tempted to leave the Pisces section blank, because that pretty much sums up November for you, but then my agent phoned up and said I better say something. Okay. "Something." How many ways can we talk about this something, The Void, the great Emptiness which is everything but not something at all? It is The All which is Nothing yet is really something. Yeah, it's starting to sound like I'm on weirder drugs than you are or something. So let's see if we can anchor, ground, or at least do something with this ephemeral meandering. Any fantasy comes to mind? Mind? Oh, sorry, read the installation manual, and then boot something up. Something might just happen, but then again it might not. Not to worry, we'll think of something. Something like that, I guess.
Posted by Chennai Dost at 3:50 AM