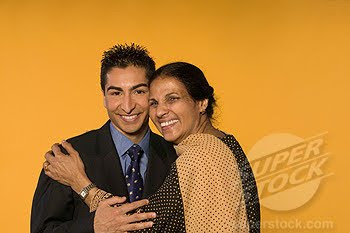 If at all there is any complicated creature in the world for understanding it must be an Indian mother. Mind you, it is so liberating to use the word ‘creature’. Because they are the unique creatures than any other. Every Indian mother plays a vital role in every young Indian’s life. They are always insecure about their son’s love. They are ready to do anything when they see a danger in their relationship. They have this mission called emotional blackmailing, their main weapon is crying. Especially a gay man’s mom. They can be even more threatening.

I have seen my mom many times, tried to control me and my decisions whenever she felt I was out of her control. But a devil like me, it never worked. Indian mothers are the most typical ones; they always look after their sons, even after their marriage. Can you believe this a research says most of the ‘First Night’ date of a male Indian has been decided by his mother? Interesting isn’t it. Their control level is as such they even decide when her son should fuck his wife.

But there is no doubt in their love. Only thing when its goes over the limits. Every young Indian has a fashion designer in his house in the shape of his mother who decides what his son should be wearing. Since a Gay man is sensitive and emotional, he becomes a victim of this love bonding from his mother. So coming out to his mom might be one of the most difficult and complicated thing in the world. Its not easier to say ‘Mom, I am gay’. Because they can never accept their son is gay

One of my friend who is gay recently came out to his mom on the phone, she started crying and screaming for nearly 35 minutes, finally my friend had to convince her by accepting to go for a treatment. She might have thought her son is insane. May be in ‘Another Gay movie’ but not in India, An Indian mother never going to say ‘What took you so long’ when you come out to her.

And these days Indian teenagers face tremendous amount of pressure from their parents, they don’t even have time to determine or explore their sexuality neither do they have choice for privacy. And I heard after the 377 ruling most of the Indian mothers are not allowing their son to have sleep over with their close friend. Many thanks to the online media and also the visual media which has been screaming about LGBT for the past 6 months, they are somehow exposed to things lately.

I had a little argument with my friend few days back about marriage. Though he is matured and very knowledgeable person he wanted to marry a girl even though he knows he is gay, just because he wanted to make his mom happy. I thought it was ridiculous idea, but I don’t want to be judgmental about him and ended the argument saying he can take whatever decision he likes on his marriage but he must be careful while taking a decision which involves another girl’s life not just his mom.

Counseling centres conducting counseling for parents of the LGBT people which is a good sign. I think it is the parents who need counseling the most than the LGBT themselves. If at all there is any book about ‘How to come out to your mother’ in India, I think the book should deserves a Pulitzer Prize. I can still remember my last Christmas when I wanted to buy a black shirt, my mom played a melodrama finally I had to buy a different colour. Well I love my mother and I had no choice!

Written by: Vikki
Posted by Chennai Dost at 5:48 AM