Puzzle for the day 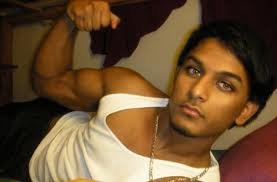 While Amma and her cabinet busy discussing on their next plan to move Marina beach to somewhere next to Tambaram, Ayya and his associates were rehearsing their next arrest drama and asking for their family television channel to allot a slot in between housewives favorite Mega serial to broadcast their live drama telecast.

His 2G daughter was busy filing for bail and getting denial from Courts, And the Gandhi Scion was planning his next big step in Uttar Pradesh. Fuel price gone down but not Chachi's anger against the Central. Things are cloudy and any time storm in the Mother nation.

Big Brother warns the over-ambitious brother in some third nation, technology was booming but not the economy. Another recession is coming, said in the next weather telecast. Market like a heavy rain playing everywhere, making nobody happy.

India is shouting for their status in Security Nations in UN among the top 5, whether China will support us, is expecting the enemy to give us the sword to cut his throat. Lets just accept the fact unless until we are financially independent we can never attain that status.

2 years before just like everyone else Vijay 24 was in between jobs. His dad an electrical engineer working for TNEB makes good revenue apart from his salary. Vijay never worried about his pocket money. His dad bought him a Pulsar, a Blackberry phone and a laptop. Thanks to his dad, now he is 24/7 online in Planetromeo, fishing for small, medium and large fishes. So far his score is more than 250, in another 1 year he will score his 5th century.

Vijay never worried about anything in his life, he never even thought of it. Once he get a job, his mom will persuade him to get married to a girl with plenty of dowry. But Vijay's fate turned upside down when he met his Prince Charming.

Sam was one of the hottest boy he ever met. Surprisingly apart from 250 fishes he got through Planetromeo, he met Sam through his younger brother. One day when Vijay's brother brought his classmate Sam to his house and there Vijay met him. Sooner, Vijay fell in love with him, but he was clueless on Sam's sexuality. Many thanks to Facebook Vijay found Sam among few mutual friends who are gay. Vijay opened up to Sam about his likes and Sam texted him with a 'Yep'. Yippie, like any other Kollywood movies Vijay and Sam roam around the city in his Pulsar including Kannagi Statue, Besant Nagar beach etc. Life was glorious.

Vijay's mom found a bride for him who are willing to get him a government job plus 80 sovern gold. Lucky pot for Vijay, but this time the pot came with a poisonous snake inside. Well, Puzzle for the day...What will Vijay do to get himself out of this trouble?

Written by: Vikki
Posted by Chennai Dost at 11:40 PM