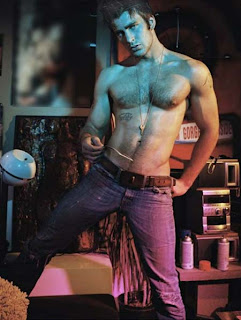 Somebody said that the first testicular (abdomen) guard was used in Cricket in 1874 and first helmet was used in 1974, it took 100 years for men to realize that the brain is also important. Though the message is funny but it’s almost true, most of us giving too much importance to sex and forget about there is a thing called Mind. We are all running for cute faces, huge cocks and perfect asses but ended up in break ups and it’s very common in Indian Gay scene these days. Do you know that there are 100 websites for gays to do online dating but very few for lesbians?

Whenever you are poignant, cheerless and need some humor in your life just visit either planetromeo or yahoo chat room no 9. The moment you enter yahoo chat room it will be laughing on the floor all the time. It is a funny, weird and hilarious world. Sometimes you wonder whether you are in a chat room or in a bus stand. Like all those private bus conductors trying to aboard passengers and fill up the seats, these guys will be selling their areas of all different directions of Chennai city from East to west, north to south. Areas like Anna nagar, T nagar, Royapettah, Adyar, Tamabaram etc will be up for sale. Guys who belong to these areas will be selling themselves for cheap prices just for a suck or 69 etc…May God save Singara Chennai

Especially in India, we have mistaken the western term “Dating”. We think dating is to find someone to have sex. We wanted to have sex with almost all hot studs in Planetromeo, some people even have a calendar for that, unbelievable isn’t it? Recently I met a College student, he shown me a small phonebook where he has taken down more than 250 guys mobile number along with their profile names and location. I was quite shocked when I checked the phonebook, almost all the profiles which I have seen in the g4m are in it including mine. Another shocking news when the same guy told me that he is not sure about his sexuality and he just wanted to find out before he finds a girl…May God save the world

Some guys utter about friendship, love stuff like that, the moment you start chatting with them their first question will be What is your cock size etc…And then those weird pictures in their profile, ass and boobs pictures in different positions and angels, it look totally gross…Oh my god…guys, posting ugly, unclean ass pictures of yours are not going to impress anybody, if you think it will raise our libido, you have no idea how much it makes us puke. At least keep this picture in your private album show it to the people who are desperate for it. Recently I have seen a profile of a teen guy who mentioned that he has an 8 inch thing and posted his nude pictures. After seen his nude pictures I have asked him if he by mistake mentioned as ‘inch’ instead of ‘millimeter’. There was no response from the other end.

Iam not totally against one night stands either; honestly I was one among them in the past. But having sex with someone you have known is different but fucking someone and forgetting him in the morning is totally gross. It sounds like what animals do. One night stand is a Western term, which suits to their lifestyle, culture and society, but not for India. We Indians don’t do sex, we do lovemaking. It’s because the court has given a verdict and allowed to have sex between consensual adults between men that doesn’t mean we can have sex with infinite number of strangers, we might ended up with dangerous disease . We as a new generation have to clean up this mess, let’s at least get to know someone before having sex. Trust me guys, it is a different experience when you have sex with someone you love or someone you care for or someone you are comfortable with or someone you have shared.

Sex is an art of expressing feelings, its not just an act. It should not be scheduled or arranged. There has to be a thrill and curiosity in it. Sex is basically to know more about the person, it’s a seeking, and the destination should not be known until you reach the climax. Knowing his likes, stats, roles, sizes etc even before having sex is like Pre-programming machine work.

When Gandhi started the freedom struggle of India, he decided that cleaning up the social evils of the country like dowry, caste and religious bias, corruption etc is the first priority to lay the foundation for the movement. And by slowly doing that the whole nation was united and given strength for the Freedom struggle against British. And finally we have got Independence. Now this is the time for a Gay Movement in the country. There are so many people who are working up their ass for Gay rights. Our responsibility is to clean up the mess such as the above mentioning acts in the internet. The society must see as clean, pure, good hearted, intellectual and creative people who have a different sexual preference, not as perverted and desperate minds who do all sort of evil things just for few minutes of sexual pleasure. As an younger generation we will not let things slip away...Remember we dont do sex, we do lovemaking...